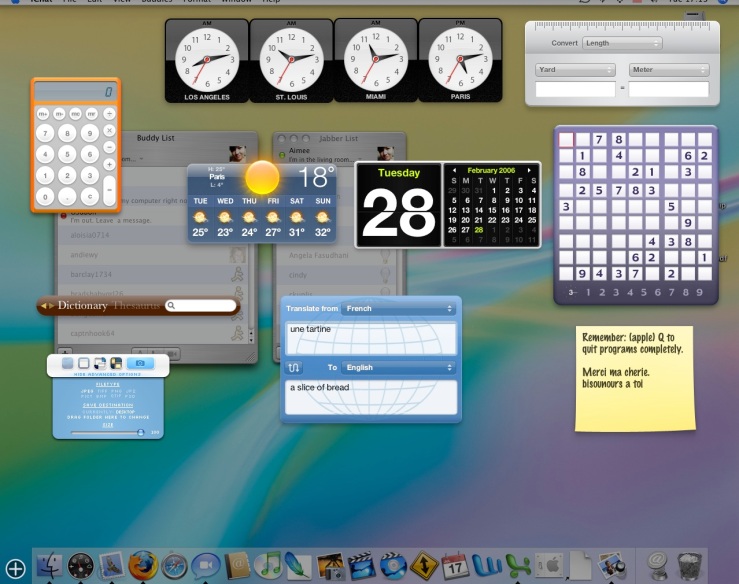 Tonight’s media widgetised was the fourth in the Chinwag live series of events. This one is part of a broader collection of discussion groups about the effects of widgets, and I’m delighted to be speaking at the next one, being organised by Ian at NMK and Beers & Innovation.

Staging was massively improved but more importantly we were also treated to an exciting panel and an engaged audience. Steve Bowbrick kept things moving along swiftly and Fergus Burns of Nooked and Kaj Häggman of Widsets both had massive depth of experience.

I suppose it’s unsuprising that there was a few detours into the definition of the term. We ended up with the “content or service atomised and made available for sharing”, as well as “website peel offs” which is a nice take. Interesting discussions too about the common runtime environments and sandboxes that are coming from Microsoft and Adobe.

Obviously there’s been a lot of talk about this year being the year of the widget. If that means anything, we’re going to have to work out what these things are for and how they provide business value as well as consumer value.

(I’d add a fourth, widgets as just a subset of the broader church of mash-ups, SaaS and web-service integration)

One thing irked a little. The panel as a whole and the chair in particular were very scathing about widgets on mobiles, the claim being that the networks have excessively locked down handsets (preventing widgets) in order to protect revenues.

Well, I’m not saying networks don’t think about protecting revenue streams but I think this is exceptionally over simplistic, especially when networks could benefit enormously from the traffic such tools would generate. For all the that the widget-merchants on the panel talked about the importance of user-focus and usability, no one could see the problem with opening up mobile phones to the random and unpredictable behaviour of unpoliced widgets. Widsets may well provide the decent security and usability framework that is required. The alternative is an unthinkable security and usability nightmare as Andrew Orlowski points out here. How exactly will Vodafone or Orange’s oursourced call centres handle calls about a malfunctioning widget!!