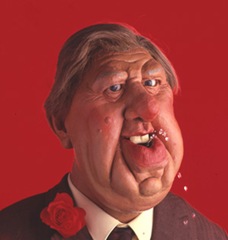 A good day, yesterday for things fitting together and falling into place (to mix up the metaphors a little). The day started reading Amelia’s amazing piece in the Spectator. However much you’re in to new media there’s no denying how cool it is to read people you know in august titles like that, especially when Amelia’s piece is longer, and more prominent than – for examples – Roy Hattersley’s.

The article itself was about the generational gap emerging in technology adoption and it’s well… us. Younger people (under 20s)  find technology to be simply a fact of life* and the older groups (55+) are not cynical about it and have the time and money to explore and adopt.

Slightly ironically, the slow adopters are the group that Coupland named as “Generation X” (today’s 30-somethings) who have the healthy cynicism that comes from having seen the bubble burst once already but without the older generation’s (or indeed Mr C’s) resources to explore and experiment.

A very convincing argument, although one which I suspect is still slightly class-bound, it reinforces many of the points I heard later in the day in a fantastic presentation about social media which Antony gave at Conchango (where I work).

There were hundreds of interesting ideas in that presentation but if I had to pick just three, they would be:

There was a huge amount more of course, plus a look at how Spannerworks is helping clients get to grips with what can be achieved with a positive approach to the new realities.

Finally, I was able listen to Forrester’s take on what web 2.0 means within enterprises. This is a huge topic in its own right, obviously, and one that’s moving very quickly and being driven by a bizarre mix of tiny software companies like Six Apart and the huge vendors like Microsoft and Oracle.

Two points from that resonated, both of which have been talked about in a number of places before but which were really crystallized today.

* Antony recounted a story of a focus group where 11-14 year olds were asked what they would do without the internet. The questioner was met by a series of completely blank looks, as the group found the prospect unimaginable.