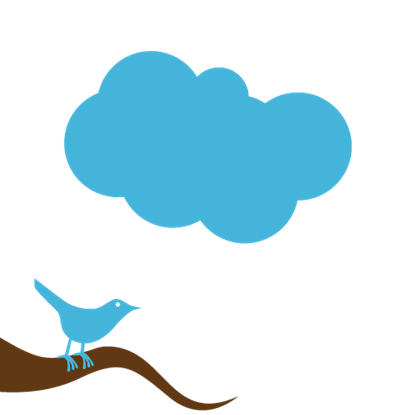 Robin sparks some interesting rants over on Advertising 2.0, in response to a frankly bizarre set of comments published in Campaign about how twitter can be used by brands.

The debate appears to be over whether brands should tweet and how – should they pretend to be real people or inanimate objects, funny characters or abstractions?

Not suprisingly many respond by dismissing twitter out of hand as nonsense (echos of ‘this internet thing will never catch on’), others talk about how no brand belongs on the microblogging site.

It seems that – to me at least – first off, we are fundementally misunderstanding the important but indirect social role of brands, and secondly that the twitter ‘debate’ is no more and no less than than the debate we used to have about brands and websites all those years ago in the ninetees (on which Amelia has been passing some suspiciously tweet-length thoughts).

Look at this. It’s a Bovril website. With a breath-taking circularity of irony (or perhaps secret plea for help from a web designer), the site’s strapline (and perhaps the brand’s slogan) is ‘give me strength’. And, indeed, what on God’s earth is the point of all this? And who thought it was a good idea (apart from the agency that created it)?

Don’t get me wrong, once you’re there, it’s quite nicely done, graphically interesting etc. But why would anyone ever go there? Even if it wasn’t difficult to use, I still wouldn’t treat it as my number 1 source of information about Bovril itself (that would be Wikipedia), Bovril recipes (is that a thing?) (I’d start in Google and since the site isn’t search engine-friendly, it doesn’t show up), outdoorsiness (ditto, you’d never get there and if you did you wouldn’t stay long because of the thiny veiled comtempt for this audience), or even gurning cows. It’s just bizarre.

Anyway, brands on twitter are all just like that: pointless, unless they manage to be interesting, useful or entertaining. And not all brands can be those things every day, using content.

I’m sorry, I don’t want to ruin the party. But don’t believe your agency when they give you this nonsense. Coca-cola office furniture making jokes is just not as funny or interesting as even your least funny mates, no matter how clever it sounded in an agency brainstorm.

We do not need a detailed study or deep meditation to tell us this. Clients: when you’re first reaction is to tell the agency ‘don’t be so bloody stupid’, trust your feelings.

The other question is, conversely, do brands have no role in social networks? After all this pointlessness, it would be easy to conclude that they have none. But I believe this is an entirely different question. Brands are massively important in social networks. But they are a method of communication not an issuer of communication.  They are talking points, they are social tokens, they are items of self expression. And, of course, this is not just true in a digital setting.

To entirely steal from Seth Goddin, to turn this effect to their advantage, brand managers must make their brand interesting to a vocal audience. Providing genuine uility can amplify this effect.

This is why Barack Obama and Stephen Fry can be interesting brands on Twitter but Starbucks and Vauxhall can not. Is it really that complex a distinction?

2 thoughts on “Another day, another dollar”