For me, the patent wars, in which so many major brands are currently embroiled are fascinating because of the underlying biases they expose. Read any story about XYZ Corp winning a legal battle and scroll down to the comments and you’ll find acres of diatribe about just how immoral it is for XYZ Corp to take such a matter to court, as if they were suing the council for an uneven pavement.

Now, I’m not the biggest fan of Apple in the world. And it’s certainly easy to see their business practices as aggressive at times. But how can anyone keep a straight face and defend Samsung as having not copied the iPhone, either in principle or by debating the intention to copy.

Just after the Apple IPhone 3, Samsung released the Galaxy Ace Plus: 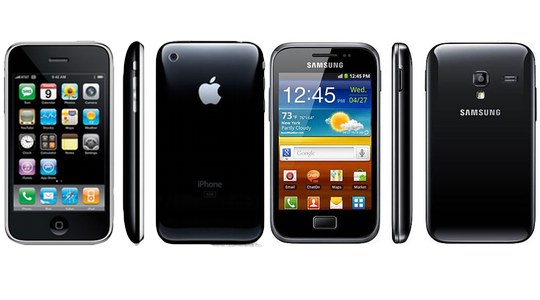 And then, when the IPhone 4 came out, they released the Galaxy S2

Incidentally, here are the USB plug adapters in the US: 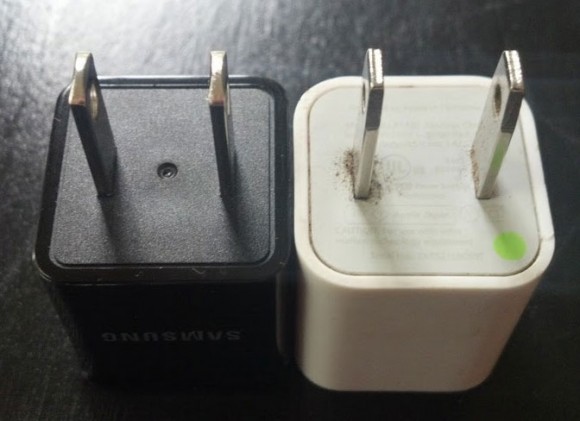 Perhaps it is a cultural thing. Perhaps all property is theft. Perhaps it was a homage. These may be valid points but to claim that there was not  a causal effect between one and the other is to treat your audience as plain daft.