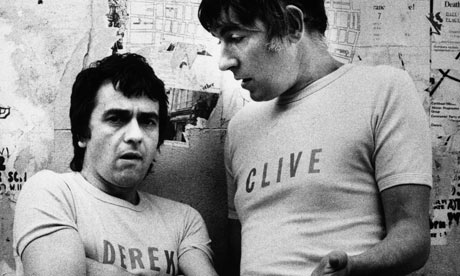 Moore says: “I’m writing a book”, Cook replies: “Really? Neither am I.”

I’ve written a book on innovation. There, I’ve said it. And if there’s something more commonplace, less innovative than books on innovation, it must be blog posts about how bloody hard it is to write a book.

But I don’t care.

I’ve got to tell you, I didn’t believe it. I thought that it might well be the case for other people but I would take to it just fine. I’ve always liked writing. I know how to use Word, and I absolutely knew what I wanted it to say.

But it was hell. I started it in 2013. I wasn’t 40 when I started. I had a different job. And now its almost finished. Its had the gestation period of an Elephant. If it went on much longer, it would have had the lifespan of a government IT project.

I’ve loved it as well. Not only do I understand now why everyone told me how hard it would be but also why they told me I should do it anyway.

It’s got a big chunk of the story of Fluxx in it, Hugh McLeod has done the cover, and I very much hope that I’ll be able to interest at least a couple of you in reading it when it is on Amazon early next year and we launch it at Fluxx at the start of 2015.

And yes, that’s why there hasn’t been any blogs.

It’s over here if you want to find out more and sign up for news.